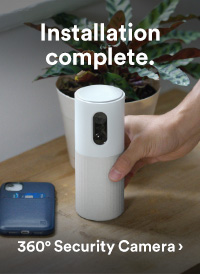 Blog / Apple vs. Samsung: Refresh Rate and the Battle for Smartphone Supremacy

Apple vs. Samsung: Refresh Rate and the Battle for Smartphone Supremacy

When the first smartphones burst onto the scene in the early 2000’s, they fundamentally changed the way human beings communicate. From Blackberry to Motorola, from Nokia to LG, every phone manufacturer was in on the act, with each eager to one-up the next. As we got deeper into the 21st century, however, two companies pulled away from the pack and established themselves as leaders in the smartphone space for years to come: Apple and Samsung. These companies have been battling for smartphone supremacy with every possible feature, including refresh rate.

Apple completely revolutionized the smartphone industry when Steve Jobs unveiled the first iPhone in January of 2007 and the iPhone design became the standard. Smartphones started ditching virtually all physical buttons in favor of large touchscreens, and the operating systems and internet browsers were more like what you might find on a computer. For a while, anyway—Apple still reigned supreme.

That all changed in 2009 with the debut of Samsung’s flagship Galaxy smartphone. The Galaxy soon became the premier Android device. The 2010s saw Samsung and Apple battle one another for the top spot in the smartphone world. Samsung eventually gained the upper hand, in large part due to Samsung’s superior screen refresh rate. But, according to early reports regarding the forthcoming new iPhone, rumor has it that 2021 may be the year Apple closes the gap with Samsung for refresh rate.


Will the Next iPhone Match Samsung’s Refresh Rate? Early Indications are That It Will

If you’re asking yourself what a “refresh rate” is, it’s how often a screen can refresh itself per second, with higher rates drastically improving display capabilities, especially when it comes to video. Refresh rates are measured in hertz (Hz), so a 75Hz screen would have a higher rate than a 50HZ screen. Well, word on the street is that Apple will be doubling the refresh rate on the new iPhone from 60Hz to a whopping 120Hz. Even more interesting is the recent report from Tom’s Guide that the improved refresh rate technology for the new iPhone is actually coming from Samsung! There have been recent rumors, like this report from Tech Times, that Apple and Samsung were going to collaborate on creating new smartphone camera technology, but collaborating on the refresh rate would be a new development.


Shopping for a New Smartphone

If you just upgraded to the iPhone 12 late last year, don’t worry—it’s a fantastic phone that, when paired with the perfect case and screen protector, is still an excellent choice. However, the forthcoming iPhone’s refresh rate upgrade does promise to noticeably improve video quality and the mobile gaming experience.

The upgrades don’t stop there. According to renowned Apple analyst Ming-Chi Kuo, the new iPhone will also boast a larger battery, seriously upgrading the iPhone’s battery life. Kuo is expecting Apple to once again release four versions of their new iPhone later this year. He also expects all versions to include the better battery but only the Pro models to feature the 10Hz screen.

For all the Apple loyalists out there, these enhancements come as welcome news for their beloved iPhone. For Samsung loyalists, this development shows that Samsung is an innovation leader in the smartphone industry with technologies that can’t be easily replicated. Will these upgrades be enough for Apple to close the gap with the revolutionary new Samsung Galaxy S21 Ultra, S21+ and S21, all released earlier this year? Only time will tell.